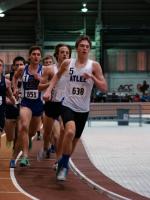 To see all performances, subscribe to start your free seven day trial

Southern Track Classic XV, XV Things to Watch...
In the fifteenth installment of this major meet there are many things to watch and storylines to see but too many to list. Here are fifteen things you must watch under the lights at SportsBackers in R...

5A Conference Championship Meet Coverage & Results...
Results and coverage from all of the 8 conference championship cross country meets in the VHSL Group 5A classification....